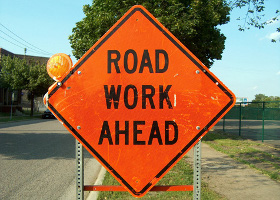 There’s a little part on your vehicle you may not know about, but when it develops a problem, getting it fixed sooner rather than later can save you a lot of money in the long run.  Have I got your attention now?

This part is called a ball joint boot.  Ball joints are part of your suspension and allow your front wheels to move up and down and turn left and right.  This boot covers and protects your ball joint.

Your suspension is, of course, exposed to nasty stuff getting kicked up from the road.  Stuff like rocks, salt, water, dirt, and chunks of asphalt.  If all that debris were constantly hitting your ball joints, they wouldn’t last very long.  So someone had the bright idea to include protective “boots” that go over the ball joints.  Great idea and they work…for a while.  Just like every other part on our vehicles, they will need to be replaced eventually.

These boots not only protect against debris but they also protect against heat and friction.  Because of this, they must be flexible.  In addition to keeping contaminants out of your ball joints, they also keep lubricants in and allow the hot grease to expand.  This is vital to make sure metal parts are moving smoothly.

Sometimes the ball joint boots get damaged after constant assault by road junk or temperature extremes.  Other times they just get old.  Rubber and other flexible materials can eventually just wear out (think of old rubber bands that break because they’re brittle from age).  A regular suspension inspection will assess the condition of your ball joint boots.  When your Express Car Care service adviser says there’s a problem with one of your ball joint boots, heed the warning.  If they have a tear in them and aren’t replaced, lubricant can escape the ball joint and debris can get in and start creating a destructive mess.

Also keep in mind that if a ball joint is bad on one side, the other side might be on the verge of going too.  Replacing both ball joints and ball joint boots at the same time saves time and money and just makes sense.

Do you remember the first time you slid behind the wheel of your current vehicle? It had a particular sound; it performed in a certain way.  As the weeks and months roll by, you may start … END_OF_DOCUMENT_TOKEN_TO_BE_REPLACED