There’s never a good time for a problem with your car, is there? Yet it always seems to happen at the worst time. Maybe you’re running late for a meeting, or picking up the kids. Or perhaps it happens on the coldest day of the year.

Then you’re left stranded, wondering what to do. And trying to think if there was a clue somewhere, telling you something is wrong.

That can happen easily if something is wrong with your vehicle’s battery. How do you know if your car battery is dead? 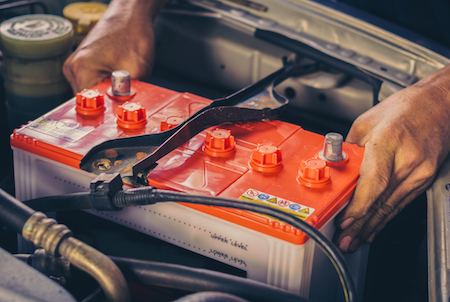 Like tires, car batteries are one of the most recognizable parts on your vehicle. That’s because you can find them almost anywhere, even on the shelves of your favorite membership stores.

A car’s battery is designed to provide electrical current to the motor. It feeds the starter, which in turn starts the engine. Once the car is running, power is continuously recharged through the alternator.

Today’s car batteries haven’t changed all that much since they were first introduced decades ago. Unless you have an electric car, hybrid, or another special performance vehicle, you have a “wet cell” battery installed underneath the hood. This is a plastic cube filled with sulfuric acid and lead. It has two terminals on the top or side, depending on the way it was installed.

Most car batteries on the market today are designed to last about five years. Of course, that number is entirely dependent on the way you drive. A driver that spends a lot of time driving in cold arctic air is going to have different results than someone who spends most of their time driving in the desert. It also depends on use. A city driver who turns their cars on and off all day long will have different results than someone who rarely takes their car out of the garage.

In your car, the battery ranks up there with one of the most common parts that fail. Luckily, it’s also one of the least expensive parts you have to replace.

Signs your car battery is dying

Think of your battery as the heart of the car. If you want to have a reliable car, there for you when you need it, the battery has to be working well.

And like other parts on your vehicle, the battery rarely dies without a few warning signs. Paying attention can help you avoid being stranded with a dead battery. Here’s what to look for.

The car battery signal on your dashboard

This is the easiest, and most apparent. When lights come on your dashboard, pay attention to them. They are designed to give you ample time to bring your car in for service.

The engine cranks, but won’t start

Have you ever turned the key, you can hear your car engine trying to start, but as it turns over, it just won’t catch? That’s a sign your battery is dying. Occasionally, it can be one of several other problems with the starting system, such as your starter. But in almost all cases, it’s about the quality of your battery.

Because your car still has power, it’s just not catching, this is a time you can use jumper cables to start your engine. Once your car is running, let it operate for at least 30 minutes to allow your alternator to charge the battery fully again. Then turn off your vehicle and let it sit for a few minutes. Start it. Start it again. If it turns over, you’re okay to continue driving it.

In a lot of cases, this charge is enough to keep your battery running for a while. But don’t be fooled into thinking your battery is back to normal. Instead, consider this to be time for getting into the service station and replacing your battery.

Your car battery works one day, not the next

If your battery isn’t that old, and your car seems fine one day, won’t work the next, it might be the connections. If the car battery terminals are loose, broken, or corroded, it can cause a problem with the power being supplied to the rest of your vehicle.

Check the battery cables first. This is usually the cause of the problem. Check to ensure they are connected and haven’t wiggled loose. You can also look at the cables and ensure they are in good condition, aren’t frayed, or show evidence of leaks. If you see any problems, it’s time to bring your car in and let one of our mechanics take a look at it.

The car won’t start, no crank, no lights

If your car is completely dead, it’s easy to diagnose: your car battery is at fault. Your battery’s job is to power all of the accessories in your vehicle. If your car won’t turn over, and lights won’t illuminate, it’s a sign your battery is no longer supplying power.

Be aware that if your battery doesn’t even have the power to supply energy to the lights, you might have a bigger problem than just your batter. It might also be a problem with the alternator. The best way to tell what’s wrong is to bring your vehicle into our service station and let us diagnose what’s wrong.

The size of the battery is wrong

Because car batteries are available just about everywhere, they are an easy DIY project, especially for people attempting to save a little money. Do you have a new-to-you car you’ve recently purchased, and are starting to have problems with the car starting? It could be the wrong battery was installed.

You’ve jumped your battery more than once

If your battery dies and you jump it to bring it back to life, it’s your vehicle’s way of telling you a problem might exist. Of course, you might have a lot of life left. But it would help if you watched closely for other symptoms.

If you have to jump your car more than once, and the episodes get closer together, you can no longer ignore the warning signs. Your battery is failing, and if you keep ignoring it, it could fail at an inopportune time. Like on a cold, dark night, when nobody is around.

Is it time to replace your battery?

Manufacturers will tell you a car battery has an expected life of five years. Depending on your driving conditions, two to three years may be the maximum life.

As you near the end of life, watch for little signs that tell you your battery is failing. Bring it in and let us inspect it. We can help ensure your car is working correctly, keeping you safe and on the road without a problem. 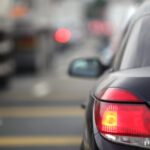 Regenerative braking systems are included in most hybrid and electric cars. You’ll even find regenerative braking on some gas-powered vehicles. It converts the kinetic energy your car creates and … END_OF_DOCUMENT_TOKEN_TO_BE_REPLACED