According to the Environmental Protection Agency, the average car is driven about 15,000 miles per year. The New York Times found that fifty to sixty years ago, the average expected life of a vehicle was around 100,000 miles. Today, because of better technology, tighter tolerances, and better anti-corrosion coatings, the average life is closer to 200,000.

Cars are lasting longer than ever before. While that may be good for you as the car owner, it can compromise the overall driving experience if it isn’t well maintained. The average age of cars and light trucks on the road has reached peak levels to 11.8 years in 2019. It’s predicted to be more than 84 million vehicles on the road at least 16 years old by 2023. That poses significant problems, especially when car manufacturers 16 years ago weren’t thinking about that kind of longevity.

Why are coats lasting longer?

And equally important, what can you do to ensure your vehicle will last you for many years to come?

Improving the way a vehicle is assembled 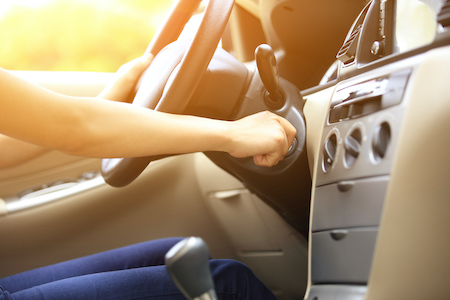 The way cars are produced has changed a lot over the years. To say they’ve gone through a massive overhaul in the last century would be an understatement.

The first cars were powered by steam at the turn of the century. They didn’t have windshields, doors, or turn signals. Safety features – they weren’t in existence.

Mass production is what brought the first inkling of what we have with our vehicles today. Slowly, cars became safer, more durable, with improved systems and functions to create a better driving experience.

The National Highway Traffic Safety Administration began testing and rating vehicles for collision protection in 1978. That made manufacturers work harder at creating vehicles that would protect passengers.

And it all starts at the assembly line, with the way today’s modern vehicles are put together. What used to be left to humans, which varied from person to person, is now a precise task as machines and robotics handle every detail.

All of this is because regulations keep getting better. And that isn’t going to stop. We now demand it in every car we purchase, knowing it’ll give us years of service.

Old engines made a vehicle operate, but they weren’t very efficient. That’s changed as laws and regulations required it so.

Old carburetors would drip fuel into the engine, and because there wasn’t a lot of control, that extra fuel would wash away, corroding parts as a part of the process. Unburned fuel would dilute the oil, wear out rubber, and cause the engine to be anything but efficient.

Now, modern fuel and oil have been modernized to the current status where they are beneficial at helping vehicles thrive. You no longer have engines that die from corrosion and buildup. Fuel injection makes every system a precise course of action. It controls fluids in such a way that they go where needed, in the right amounts, at the right time. A cleaner combustion process means a better engine that lasts longer, and saves on fuel and oil in the process.

Motor oil from just a few decades ago was simple at best. But as mechanics and engineers learned more about the process, they refined the fluids used in today’s engines. Synthetic oils are designed to work no matter what the temperature is outside, from freezing cold to sweltering heat. This isn’t the motor oil your parents used.

Thanks to technology, you can go farther between servicing, and expect parts to last for tens of thousands of miles. Spark plugs, for example, now last 100,000 miles or more.

It’s no longer about guessing when you’re vehicle is in need of repair. Today’s vehicles will tell you what it needs, when it needs it.

Imagine a vehicle that can tell you what it needs. Gauges alert you when you’re running low on fuel. Lights warn you of potential problems. Voice commands give you diagnostics, and offer refinement to improve the driving experience.

Of course, this isn’t sci-fi; this is reality. All you have to do is sit in a new car and you’ll find technology a big part of how it operates.

With on-board computer sensors and monitors, every system, every piece is watched closely to ensure it’s operating the way it should. When something moves outside of the established limits, a sensor is alerted, and it warns you via a dashboard light. They are finely tuned to maximize part life, give you advanced warning to bring your car in for servicing, and lessen the likelihood of being stranded because of a part that no longer works.

Establishing a car maintenance program you can live by

If you choose to keep your vehicle for years, it’s important to service your car regularly to maintain each of the systems at optimal performance. The average car built today includes over 30,000 parts. Each of those parts are attached and combined to work together. If one part is bad, it has the ability to impact every other part in some manner.

A reputable auto mechanic isn’t just there to service your vehicle when you have problems with your car. They are also there to be a part of the team that keeps it operating correctly for as long as you own it.

If you’re looking for a partner to keep your car operating in great condition, stop by today and give us a try. From regular oil changes to overhauling complete systems, we can help your car stay safe and on the road for years to come. 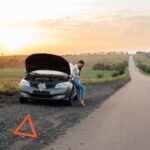 Sometimes you rely on gut instinct to direct you to take action.  Imagine your family is heading to the mountains for a fun-filled weekend. You start climbing the hill, feeling a tug at the … END_OF_DOCUMENT_TOKEN_TO_BE_REPLACED