It’s hard to ignore that your car needs gas to operate. If you don’t add more when the gas tank is low, you run out. And when that happens, your car stops working. It comes to a grinding halt, and you’re stuck wherever it happens … until you fill up the gas tank once again.

But what about car oil? It works in a similar manner. Your car needs oil to operate. If it runs out, your car will cease to operate. And a lot of damage will occur to the working parts of your car.

Yet a lot of car owners are ignoring this important fluid. If they have a newer car, they assume the electronics will tell them when things aren’t working. They drive and drive, almost waiting for a problem to slow them down. 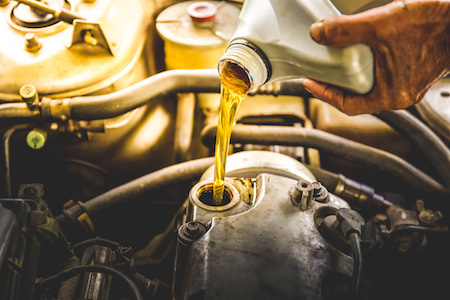 As a result, repair shops all over are finding more vehicles than ever are coming in with engine damage. If the engine doesn’t have the proper fluids, it operates as best it can. Until it can’t. And a lot of problems occur in between.

What does car oil do?

For a car to operate as it should, it’s important to perform routine maintenance. That consists of an oil change, draining the old oil out and replacing it with fresh, new oil. An oil filter is usually replaced at the same time.

Cars have lots of moving parts in them. They are designed to move together, causing friction and heat. Car oil lubricates the engine and absorbs this heat, which lets all the internal parts work together without the chance of overheating.

This, of course, is a constant process of sending the oil throughout different parts of the engine, collecting dust, dirt, and other particles as it performs its task. The older it gets, the more it breaks down, unable to perform as it was originally intended. It becomes less effective at lubricating all the parts within the engine.

How often should you change car oil?

That depends on what car you drive.

Every owner’s manual for every car manufacturer will list specific guidelines for how often you should replace your oil. Be aware that not every motor oil is the same. You can’t run to your local discount store and pick up a can of oil and expect it to work for your vehicle. In fact, doing so can be downright dangerous.

According to the American Petroleum Institute, there are many different motor oils for sale in retail locations for the average DIYer that will cause more harm to your engine than good.

Your car requires a certain type of oil created for how your vehicle was built. This is where following manufacturers guidelines is an important part of your car’s maintenance routine. American built cars have different requirements than European cars, with the latter often requiring more rigid specifications.

When it comes to your motor oil, err on the side of selecting the best. Pay attention to what the car’s designers have to say, because it can help you avoid a costly mistake.

What is synthetic car oil?

Even if you have an older car, we think an upgraded oil is still beneficial for your car. Here’s why you should consider moving to a synthetic car oil.

Synthetic oil is made from natural gas or crude oil that goes through a rigorous process to convert it to motor oil. This process makes all of the molecules uniform in size. That means it flows through your car more uniformly. It reduces the amount of friction produced as it operates, reducing the wear on your engine.

If you use name brand, higher quality motor oil, you’ll have a better product. And with a better product means your engine will have a longer life. Is it worth a few dollars now to keep your car running well for years to come?

But what about older cars? Should you always buy upgraded oil?

If you have a car and it’s been going strong for over 100,000 miles, it’s hard to argue that it’s been working fine with more conventional motor oil. Why not give it just the basic grade?

As your car ages, it starts showing signs of wear. Even the parts you can’t see unless you really look.

That may be precisely why it’s a good idea to upgrade your motor oil. Giving it a far superior product now means you’ll be giving it better fuel for operating. You know how you feel better when you eat, right? It’s the same for your vehicle; give it a higher quality product, and it will perform better over time.

What should I watch for to determine when I should change the oil?

Now that you know why your car needs motor oil and what you should be putting in, how do you know it’s time?

Check your vehicle’s owner manual. Manufacturers list how often you should change your motor oil based on how many miles you put onto your car. This is a good guideline to follow to ensure you’re changing your oil regularly.

It’s also a good idea to pay attention to how you drive. Have you taken a road trip recently? Have you put on excessive miles in a short period of time? Or has your car been stuck away in a garage for months as you work from home? Paying attention to what you do in between oil changes will ensure your car always receives fresh oil.

Never ignore the little lights that pop on your dashboard. They illuminate for a reason. Some cars have oil change lights, while others may flash “check engine” instead. Proceed to your mechanic as soon as possible to avoid bigger problems.

Motor oil provides lubrication, a protective layer as engine parts move and operate. If it doesn’t have enough to do its job, you’re going to start hearing noises. That knocking, banging, clanging, or rumbling noise is trying to tell you something. Don’t ignore it.

Does your car show signs of needing an oil change? Make your appointment today. 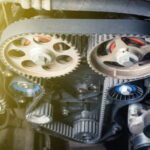 When you own a car, you have some idea of what routine maintenance means. You know to watch the gas gauge because the car won’t go without gasoline. You understand that periodic oil changes are … END_OF_DOCUMENT_TOKEN_TO_BE_REPLACED