Your vehicle is filled with over 10,000 parts working congruently to keep you safe and get you wherever you’re going.

Some of those parts remain in our awareness. We know:

Other parts are a little more vague.

The timing belt may be something you’ve heard of, but what does it do? How important is it in your vehicle’s operation?

And what happens if your timing belt wears out?

What is a timing belt?

If you look at a timing belt, it seems like a simple piece of equipment. It appears to be nothing more than a reinforced rubber band with teeth. Don’t let its looks fool you. It has a very important job in the operation of your vehicle.

The timing belt allows your vehicle’s engine to operate. It connects the crankshaft to the camshaft, and plays a vital role in allowing pistons and valves to open and close. The teeth located on the inner side of the belt synchronize the opening and closing of the engine’s valves. As the crankshaft turns, the timing belt moves into motion. It turns the camshaft, opens or closes each valve, and allows the pistons to move freely up and down.

Timing belts need to be strong and sturdy to take on this much wear and tear each day. Yet like every other part of your vehicle, eventually, it wears out.

As a timing belt gets closer to end-of-life, you have one of two options.

1. Replace the timing belt before it breaks and causes damage.

If a timing belt breaks, the entire process grinds to a halt. The valves won’t close properly, which allows the pistons to no longer work as designed. If they shoot up and bang against a valve, it causes immediate damage to the engine. Just how much damage determines whether it’s a complete engine replacement.

Replacement is a much better solution. Manufacturers have suggested guidelines for how long your timing belt will last. In general, timing belts need replacing about every 70,000 to 100,000 miles – check your owner’s manual for specific recommendations. Replacement costs will vary between vehicles, but the price will be substantially less than if your timing belt breaks.

Timing belts are strong and highly efficient. But like every part of your vehicle, they will eventually wear out.

Engine misfires – the timing belt has a series of teeth that keep it moving well. As those teeth wear down and possibly disappear, the connections won’t operate smoothly. You may hear it as a repetitive clicking noise coming from inside the engine.

Smoke – as the belt wears down, it makes the entire operation less efficient. As gasoline moves into and around the system, it may not burn inside the chambers completely. This will impact the exhaust system. If you start the vehicle and you see smoke coming from the exhaust pipe, it’s a clear indicator of incorrect fuel consumption. While it could arise from several things, a mechanic should inspect the timing belt.

Trouble starting – the timing belt is the pulley system to keep the engine operational. If the timing belt isn’t doing its job, and isn’t rotating efficiently, you’ll notice how well your engine starts. If the belt slips on the camshaft, it causes the engine cylinders to open and close at the wrong times. It causes a desynchronization within the starting system.

Belt inspection – whether you open the hood regularly or bring it in for regular inspections, checking the timing belt can alert you to potential problems. As it ages, it starts to crack. You can see these cracks running through the timing belt. Another sign is small fragments may chip away and fall off. You can sometimes see these lying in the engine compartment.

Oil leak – another common sign is an oil leak near the timing belt cover. This cover is secured by nuts and bolts, which can wiggle loose over time. You may notice oil in or around the area.

Is there any warning before the timing belt breaks?

Timing belts are under a lot of stress as they go through day to day motion. It stretches and moves, rotating around the engine.

Think of a rubber band as you play with it repeatedly. If it’s older, and the rubber is more brittle, it may break with no warning at all.

Your timing belt works in a similar way. If it’s overstretched, overheats, or simply reaches its end-of-life, it will snap and break.

While you can watch for changes in your vehicle’s operation, you should also pay attention to manufacturer’s guidelines. Err on the edge of caution. If you’ve reached suggested time limits, it benefits you to replace your timing belt on your terms.

Your timing belt is a workhorse. It works flawlessly, day after day, until a problem begins. The end result can be catastrophic to your engine, and painful to your wallet.

If you notice any sign of a potential problem with your timing belt, or know it’s reaching the end of its life, schedule an inspection today.

It may take time and energy to fix it, and be a punch to your budget, but it is better than the alternative.

We’ll inspect your vehicle, give you your options, and help you make an informed decision.

Is your timing belt working? 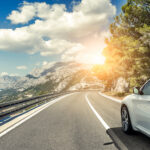 Summertime in the Rockies is the best time of the year. Whether you choose to head up to the mountains to cool down, or drive to a ballgame to sit back and relax, Denver has you covered. There’s so … END_OF_DOCUMENT_TOKEN_TO_BE_REPLACED