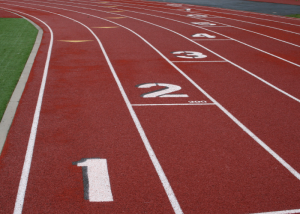 With front-wheel drive being so common these days, the differential is also being taken care of during a transmission service at Express Car Care, so most Denver drivers don’t even have to think about it.  And most rear-wheel drive differentials don’t need to be serviced for many miles, so it’s understandable why it’s not something on the top of drivers minds.  Because of this, it’s not uncommon for people not to know they have a differential, let alone know that it needs service.

The differential compensates for the difference in speeds on drive wheels between the inside wheel and the outside wheel in a turn because they have to travel together through slightly different distances.

Your helpful and knowledgeable pro at Express Car Care will drain the used fluid and check it out for metal bits, which could be a sign of excessive wear on the gears.  He’ll then replace the fluid and install the additives if necessary.

Four wheel drive vehicles need special attention to their differentials because they have a differential on both the front and rear axles that work at different times and sometimes under heavy loads – so they may need to be serviced at different intervals.  Your service adviser can look up the recommended service interval or you can check your owner’s manual.

Do you remember the first time you slid behind the wheel of your current vehicle? It had a particular sound; it performed in a certain way.  As the weeks and months roll by, you may start … END_OF_DOCUMENT_TOKEN_TO_BE_REPLACED