Imagine sailing down the highway, a cool breeze in your hair, passing by other cars like they are standing still.

It’s been something of fantasy since the early days of automobiles, pushing them to see how fast they can go and how quickly they can get up to speed.

We’ve even written songs about it. Back in 1961, the Beach Boys immortalized a turbocharged engine by writing the song 409. It was created about a Chevrolet 409 engine, dubbed “Turbo-Fire”, that could move zero to sixty in four seconds flat. That started a revolution in the auto industry, with people demanding more from their cars than ever before. Giddy up 409!

Of course, nowadays, it doesn’t take a street car to add power and control to a vehicle. People don’t want that in hot rods and street cars, they want it in the family sedan as they drive to and from work each day.

When you see an auto advertised as being turbocharged, you automatically assume it has extra performance, more power, and greater speeds. But is that truly the case? What does turbocharged really mean? Is it worth it to add it to the next car you buy?

What is a turbocharger?

You’ll find a turbocharger sitting between the engine and the exhaust. It’s a small turbine that connects both pieces together, as well as to the car’s air intake. The turbine uses the exhaust to spin and force more air into the engine, increasing power as it goes.

Most cars on the road today use an internal combustion engine. As the car operates, it’s the downward motion of the pistons that brings air into the engine cylinders. This air is mixed with fuel, and the vapor ignites and creates power. By pushing your car to higher speeds, you’re not adding fuel to the process as much as you are drawing in more air, which vaporizes more fuel to create more power.

The turbocharger changes that around using an exhaust driven process instead.

How do turbochargers work? 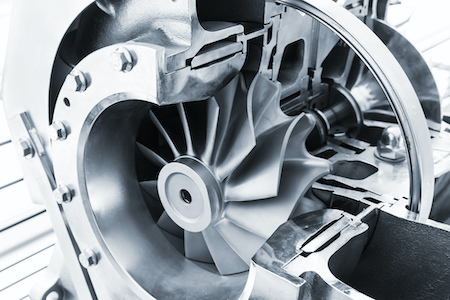 A turbocharger has four main parts to make it work.

The turbocharger resembles a snail. It has an air intake, an exhaust intake, turbines in the front and rear, as well as a hose line for bringing in oil.

The intercooler helps control the temperature of the charged air as it’s forced out of the turbocharger. It uses coolant for control.

The wastegate valve provides a boost of pressure.

The engine’s electrical control unit (ECU) controls the air mixtures and ignition timing, which is different from a standard internal combustion engine.

A turbocharger is designed to give you more power. How much power is a difficult question to answer. Car enthusiasts will tell you they can gain as much as 40 percent more power than average vehicles. However, that depends on a host of different variables. It’s safe to say that car gains will vary.

Is a turbocharger bad for your engine?

The main purpose of a turbocharger is power. If you’ve ever felt like you needed to push your car to make it up a hill, or even get through traffic without feeling a lag when you step on the gas pedal, a turbocharger can give you the added boost you might be looking for.

But keep in mind that by adding a turbocharger, it adds another element of maintenance to your regular needs. A turbocharger makes your engine work harder. A turbocharger increases both the pressure and the temperature in the combustion chamber, which will add strain to all parts involved.

The harder the engine works, the faster it will need repair. And replacement.

Having a turbocharger also works under more extreme conditions. This means there is less forgiveness if you don’t adopt a regular maintenance plan that changes oil and checks pressure periodically. Most turbochargers need higher quality oil, and demand shorter maintenance intervals to keep it working at its best.

According to Motortrend, turbochargers are more popular than ever, with about one in four cars being produced today having a turbo engine underneath the hood.

Is it right for you? Here in Colorado, turbochargers can give you the added boost you need, especially if you drive up into the hills often.

As with any engine, any vehicle you purchase, the key to keeping your car in peak performance is to adhere to a regular maintenance schedule.

Are turbochargers better at towing?

Since turbochargers add power, it’s only natural to think they would be worth the investment if you plan on towing. Not so.

A turbocharger is great for bursts of power and acceleration. If you pull over and want to jet around the person in front of you, a turbo is the way to go.

Long term power for towing heavy objects such as campers and boats is better left to a heavy duty engine, such as a V6 or V8.

Thinking of buying a used car with a turbocharger?

Before you purchase any used car, it’s a good idea to do a little research first. Check reliability ratings. Does the car require premium gas? Have there been major upgrades to the vehicle because of problems with the turbocharger? A quick search in Google will give you plenty of advice on what other drivers are facing with the vehicle you’re considering.

One of the biggest problems you may find is a turbocharged engine that consumes oil. Check for low oil levels. Ask for service logs. Do you notice a trend that the engine needed a greater amount of oil than average? You can also check for oil leaks. Be aware if you notice a burnt oil smell when you look under the hood.

Of course, it’s also a good idea to bring in any used car before you sign on the dotted line. We can perform a full evaluation and inspect the vehicle from top to bottom, giving you a better idea of potential problems lurking in the near future.

Do you remember the first time you slid behind the wheel of your current vehicle? It had a particular sound; it performed in a certain way.  As the weeks and months roll by, you may start … END_OF_DOCUMENT_TOKEN_TO_BE_REPLACED