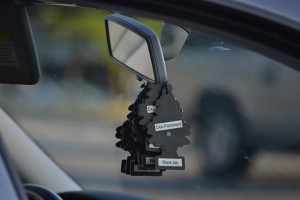 Here’s an important travel tip from Express Car Care that we bet you didn’t know, and it might just keep you safer.

*  The average American commuter spends two and a half hours daily in their car.  The numbers are similar for Canadian commuters.

*  The U.S. government says a hundred thousand auto accidents yearly are caused by drivers who fall asleep at the wheel.

This is from the Canada Safety Council:  ” According to the Canadian Council of Motor Transport Administrators, fatigue is a factor in up to 21 percent of motor vehicle collisions, resulting in about 400 deaths and 2,100 serious injuries every year.”

Aggressive driving is the #1 traffic safety concern.  So what does this have to do with how your car smells?  Well, which car scent do you think makes drivers more alert?  Is it:  A. Strawberry  B. New Car  C. Pine  D.  Warm Vanilla Breeze?

It’s C, Pine.  Drivers are more alert and have less fatigue with pine sent in the car, according to AroMetrics.  And drivers were less angry and had an improved overall driving performance with strawberry and pine scents.  And you just thought they smelled nice, didn’t you?  Maybe it’s time you changed out the scent in your car.  Who would ever think  that your chosen car scent can make you safer?  Would you? 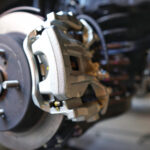 When you hop into your car and drive to school or work, you don’t think much about how it operates. You turn the key and go.  Yet if you stop to think about each system, chances are you’d push … END_OF_DOCUMENT_TOKEN_TO_BE_REPLACED