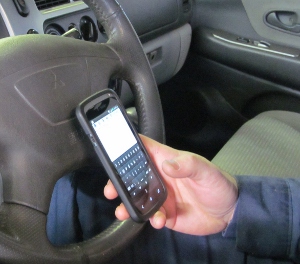 Driving and texting, we’ve all witnessed it and at some time or other maybe even done it ourselves.  But let’s wake up people!  Nearly nine in ten motorists think driving and texting is a bigger problem now than it was three years ago.  And almost eighty-nine percent believe that drivers that are talking on a cell phone while driving are posing a serious danger to other drivers.  When a person gets behind the wheel of a car, their primary focus should always be driving!

Too many people today seem to be operating their cars like they are playing a video game.  Whipping in and out of lanes, cutting people off without any regard for other drivers or the consequences of their actions.  They seem to think that the action stops when they aren’t paying attention, and they don’t seem to realize that their actions have a drastic effect on other drivers.

According to new research by the AAA Foundation for Traffic Safety (aaafoundation.org)  96% of drivers believe driving and texting or e-mailing is a serious threat to public safety.  But one of the surprising findings in their research is that the drivers most distracted by their mobile devices aren’t teenagers.  Even though the public often cites teens as being the most common offenders, according to AAA’s research, high school-aged teens report using their phones or driving and texting substantially less often than adults.  Here are some of the results of their research:

Here in Colorado, all drivers are banned from driving and texting.  Also drivers under the age of 18 are banned from all use of cell phones, including text messaging.  You might think you’re safe in using your phone while driving, but since there are 3,000 deaths a year blamed on distracted driving, why don’t we all just hang up and drive?

Since we try to give you a lot of ideas about keeping you and your car safe here at Express Car Care, this idea only takes a moment for you to do and doesn’t cost you a cent!  Think about it.

Do you remember the first time you slid behind the wheel of your current vehicle? It had a particular sound; it performed in a certain way.  As the weeks and months roll by, you may start … END_OF_DOCUMENT_TOKEN_TO_BE_REPLACED