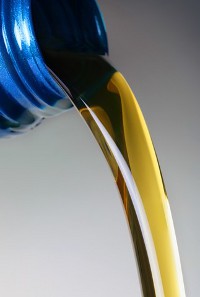 During these times when we are dealing with the economic crunch as well as concerns over the environment, the answer to a common question has even more significance.  Synthetic vs. conventional oil, which is better?

Conventional oil comes from crude oil that is pumped out of the ground.  The crude oil is refined at an oil refinery and becomes the base stock for conventional oil.  Even though it goes through a refining process, conventional oil still contains small amounts of contaminants that can’t be removed.  Unlike conventional oil, synthetic oils are made through chemical reactions.  Even though they are considered “artificial”, synthetic oils still have the same natural ingredients found in “real” oil, but these ingredients are recombined like a Lego set to create the characteristics desired.  These oils are purer and cleaner, custom designed to provide the “ideal” lubrication. Typically, the best synthetic oils use a combination of up to three different synthetic base fluids.

Because of the higher purity properties of synthetic oil, it can stand up to heat and withstand colder temperatures much better than conventional oil.  This is a huge advantage when you first start your car in the cold weather.

Both synthetic and conventional oil have additives to help prevent sludge and deposit build-up, but synthetic oil also has performance additives that provide superior protection for the life of your engine and in extreme driving conditions such as extremely cold or hot temperatures.

Synthetic oil flows easier in colder weather, so if you live in an area where it gets really cold in the winter, synthetic might be the better choice for you.

The higher cost of synthetic oil has been a major deterrent for some people, but the fact that they extend drain intervals, provide better fuel economy and reduce engine wear, can offset the cost and make them more economical than you might think.

Do you remember the first time you slid behind the wheel of your current vehicle? It had a particular sound; it performed in a certain way.  As the weeks and months roll by, you may start … END_OF_DOCUMENT_TOKEN_TO_BE_REPLACED