As a society, we have a nostalgic vision of what auto mechanics is all about.

We picture a scene from a movie, where a person drives into an auto shop with their vehicle. A smiling face in a pair of coveralls meets them at the door. They bring the car in and get to work.

They have a toolbox nearby filled with screwdrivers, wrenches, and pliers. You might see them slide under the vehicle, tapping and banging around as they get to the heart of the problem. Hours later, with grease smears everywhere, the happy mechanic waves as the customer drives away.

Those days are gone.

If you’ve purchased a vehicle recently, how many new “bells and whistles” are included on the car?

Like Automatic Parking Assistant. This modern technology makes parallel parking easy. Using ultrasonic sensors located at the front, rear, and sides of the car, it detects the parking spot, the vehicles around it, and guides it into place.

And that’s just the beginning. We’re already looking forward to a day where autonomous cars allow us to sit back and relax instead of keeping an eye on the road.

Or a day where electric cars are the norm.

What does all of this mean to auto mechanics? Is there a place for a vehicle servicing shop in the future?

Auto Mechanics – Past, Present, and Future 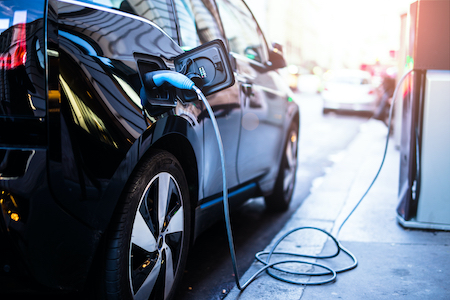 When you head back in time, fixing a car was a very hands-on job. The vehicle servicing station was a busy place, with lots of mechanics needed to work several hours on each job. Every turn of a wrench, every twist of a bolt was done by hand, and it could take a mechanic hours to complete one simple job. While hundreds – thousands – of little pieces fit together to build complex systems, it was necessary for a mechanic to check and service them all by hand.

This may sound like something right out of the 1950s, but it really wasn’t that long ago. Even cars built ten years ago required a lot more hands-on maintenance.

But with the advances in technology over the past few years, we’ve also seen changes in the way cars operate.

Remember when automatic locks on the doors was the latest technology? Now each system is interwoven together and controlled by a centralized motherboard. Instead of pulling things apart with a screwdriver or wrench, new cars are more likely to be connected to a laptop to pinpoint exactly where the problem lies. And only then is a fix attempted, often with newer, more high-pressured tools.

Yep, today’s cars are no longer a bunch of nuts and bolts, instead, they are computers on wheels.

Still, we are nowhere near where technology will take us next. Self-driving vehicles, electric cars, and more sophisticated technology will forever change the way we get around. While we may have a nostalgic view of what an auto mechanic has in their toolbox, in truth, the toolbox of the future will be little more than a series of computerized programs.

What Does That Mean for an Auto Mechanic?

With everything we’ve mentioned so far in this article, it’s natural to question the future of auto mechanics – will it disappear completely from view? The answer is: no, it’s not going to happen anytime soon.

Instead, like every industry, it will continue to evolve over time.

Cars will always need tires, and a way to connect to the road. They will always need a braking system, a way to safely control the vehicle and bring it to a stop. Who drives it and how it functions might change, but the basic requirements won’t – not for a very long time.

What will change is the way an auto mechanic approaches their job.

An auto mechanic may keep their screwdriver and wrenches in their toolbox on a shelf. But the toolbox itself may stay on the shelf, collecting dust, nothing more than memorabilia from a bygone era.

Instead, future toolboxes will include diagnostic tools that are run by technology. They’ll use things like code readers and laptops to tweak a computer’s settings.

And you as a driver will be part of the solution. Ever noticed all the codes that flash when you start your car, or numbers dancing across your dashboard as you drive? That’s due to the continual diagnostics going on underneath the hood, using sensors to tell what’s working and what’s not. When things vary even just a little, it alerts you to a potential problem.

It’s important to note that auto mechanics are not going to be a thing of the past. There will still be a need for a highly trained auto mechanic. But the way they approach analyzing a vehicle and making adjustments will.

A New Approach To Repair

Auto repair itself is getting more sophisticated all the time. As more things become automated, auto mechanics will find new ways of working for a new generation of vehicles.

They won’t approach a car in the same manner as before. Think of it more in terms of hiring an engineer, working with code, using programmed software to make a diagnosis, and utilizing various tools to get to the root of the problem.

While auto mechanics of yesteryear went to school to learn the nuts and bolts of how a car is put together, tomorrow’s technicians will work more with technology to tweak and get to the root of the problem. Popping the hood won’t mean pulling pieces apart to determine their condition. Instead, it’ll be about hooking up the main computerized dashboard and looking at reports online.

Instead of guessing at where a problem lies, diagnostics will show you exactly where it begins.

Things may change for all those who love tinkering with cars, and have always been mechanically inclined. But it can never stop the love for what a great car has to offer.

Technology has changed everything. That’s never going to stop. Peering under the hood may change in the coming years as we make significant progress in the way our automobiles operate, but keeping them safe will always be our number one priority.

Do you have a trusted auto mechanic who can help you stay safe no matter what kind of car you drive? 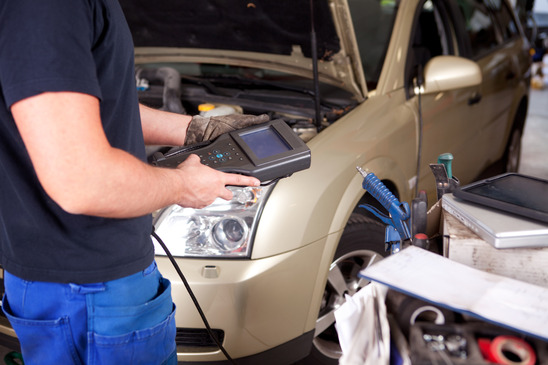 We live in a day where job titles are getting a makeover to make them more appealing and politically correct.  Secretaries are becoming administrative assistants, stewardesses are becoming flight attendants, and hairdressers are now stylists.  So when you take your car in to get fixed and you are confronted by an auto technician, is this merely an auto mechanic hiding behind a vamped up name?

Just in case you weren’t sure, the answer is no.  There are several differences between auto mechanics and auto technicians.  One key difference is their area of expertise.  Auto mechanics are very handy at fixing a variety of parts in your car.  Auto technicians are trained to be able to interact with the computers in your car to diagnose the problem. END_OF_DOCUMENT_TOKEN_TO_BE_REPLACED

Do you remember the first time you slid behind the wheel of your current vehicle? It had a particular sound; it performed in a certain way.  As the weeks and months roll by, you may start … END_OF_DOCUMENT_TOKEN_TO_BE_REPLACED