Before you ignore it altogether, turn up the radio as you drive, take a moment to figure out exactly where the noise is coming from. The difference could be a simple fix versus a major auto repair.

The average vehicle on the road today has around 30,000 parts. If a screw falls out, if a belt loosens, if a part wears out, it’s going to create an odd sound. The only question for you is: does it matter? Should you disregard the sound? Or are there car noises you should never ignore?

To help you distinguish between the two, we’ve put together a list of the most common sounds, what they mean, and give you a better understanding of which noises you should pay attention to.

When you get into your vehicle, you expect certain things to happen. Step on the brake pedal and you assume you’ll slow down without a hitch. When you tap, do you hear a squeaking sound? That’s the first indicator there’s a problem with your brakes. Brake pads are designed in such a way that they provide warning sounds long before they’ve reached their lifespan. As the brake material wears, it gets closer to the wear line built in. When this touches the brake rotor, it makes a squeaking noise. You can’t miss it. You should never ignore it. While you do have some time before the brake pad completely wears down, the noise will be annoying enough to make you bring it in and repair it. 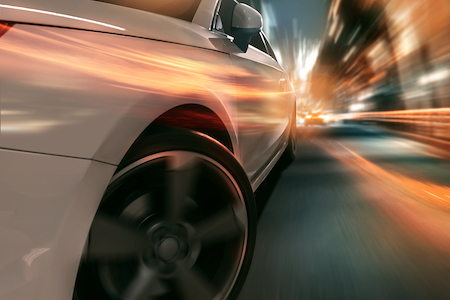 If you hear a knocking noise from the engine, it could mean your engine is low on oil. Low oil isn’t something to avoid as it can cause serious issues with your entire engine compartment. As an engine operates without proper fluid levels, the various components start failing. If the rod bearings fail, for instance, you might be replacing your engine soon. When you hear the noise, take note of where it’s coming from and how frequently you hear it. Bring it in as soon as possible to stop the problem from increasing.

Rattling noises can drive you crazy. You press on various parts of your car, trying to figure out where it’s coming from. If you’ve pinpointed it’s coming from the front wheels, and you drive a front-wheel drive car, does it happen when you accelerate or make a hard turn? If water seeps into the joints that allow your tires to turn, they can rot. It makes a distinctive sound under certain circumstances. Of course, that’s not the only part that can rattle. With 30,000 parts, if any one of them comes loose, it can allow two or more components to come together and create an annoying sound. Maybe your muffler is loose. Or you have a problem with brake connections. Regular maintenance on your vehicle will ensure everything is properly connected and working as designed.

Does a howling noise seem to come from the back of your vehicle as you drive? Do you operate a rear-wheel drive car? It may be a problem with your read differential. Worn parts may include bad bearings, worn gears, or a pinion problem that causes a distinctive sound as you drive under different conditions. Accelerating and decelerating may exacerbate the noise.

Some noises are more noticeable at certain speeds. At lower speeds, as your wheels turn and move, you may hear a clicking sound that sounds similar to when you drive over train tracks. This could be a problem with your drive axles. Velocity joints control the vertical movement of your car, send power into the wheels, and control your ability to steer. If the sound worsens, it may impact your ability to control your vehicle.

You can’t miss a hissing sound. It sounds like air is being released somewhere underneath the hood. If it’s coming from your engine, you may have a leak in one of the many connective parts, such as a vacuum line, or a tube in the cooling system. If any of these parts aren’t working properly, quick repair is necessary to keep your engine working well. Leaks may start out small, impacting something as small as the way your dashboard works. But it can quickly escalate to your engine’s performance. If you have a question about something within the engine compartment, act quickly to avoid larger repair bills.

When you hear a grinding noise, that usually indicates metal on metal, rubbing against one another. That means joints and lubrication have deteriorated enough for the parts to be connecting and wearing away. Notice where the noise is coming from for a better indication of what system it’s impacting. Under the hood, for example, could indicate a problem with the water pump, or a drive belt that’s failing.

One of the most difficult noises to recognize are the noises that change over time. You get used to the way they sound because the change is gradual. Tires will last thousands of miles. But if you have a problem with the way a tire connects with the road, one tire may wear out faster than the rest. That can also cause varying noises to come from different wheels. Pay attention to how they sound. Changes in noise level could mean a problem with alignment or suspension, which can impact the smoothness of your drive. It can also impact gas mileage over time, and eventually wear down different systems in your vehicle.

Most of us drive with an automatic transmission these days. As you move it into gear, it should operate smoothly with little noise. If you hear a clunking or banging as you move gears, that’s an indicator of a problem within the transmission system. As you’re driving, it shouldn’t produce a whining noise.

Have you started to hear strange noises as your car ages? Have some of them gone from bad to worse? Don’t wait. Waiting can also cause your repair bill to escalate. There are certain car noises you should never ignore. If you hear any of the above, schedule an appointment with our mechanics today.

Summertime in the Rockies is the best time of the year. Whether you choose to head up to the mountains to cool down, or drive to a ballgame to sit back and relax, Denver has you covered. There’s so … END_OF_DOCUMENT_TOKEN_TO_BE_REPLACED