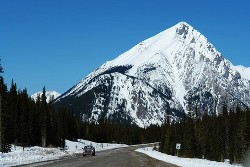 Well, here it is, the first snow of the season, and it certainly won’t be the last!  Since we live in a state where the winters are very unpredictable, sometimes we have a lot of snow and other times, not so much.  We need to make a smart decision about which are the best tires for us.  All-season tires or snow tires, which do we choose?

Driving in the snow can be the biggest challenge that a driver will ever face.  If our vehicles aren’t equipped with the best tires for snow, we could be in real trouble.  We are driving with less daylight and colder temperatures, as well as in snow, slush, and ice.

Most tire experts, including Tire Rack, say that only dedicated snow tires will actually improve your vehicle’s grip in winter conditions.  All-seasons tires are intended to provide traction in a wide variety of weather conditions but have fallen short in their performances during tests on ice and snow.  An inexpensive snow tire has proven to perform better in ice and snow tests than an all-season tire.

Many of today’s vehicles are also equipped with anti-lock brake, traction control and stability systems that help them get more from their tire’s potential.  But none of these aids actually causes traction, traction is provided by the tires, and snow tires provided better traction than all-season tires.  Although the all-season tire performed well, in driving situations with four-wheel drive or all-wheel drive vehicles the snow tires had a distinct advantage.  The results were especially striking during braking and cornering.  Snow tires improved performance by as much as 20%.

Narrow snow tires are better for driving on ice and in the snow.  They are better at cutting a path through the snow and slush.  It is always best to use the tire size that has been specified for your vehicle.  This information can be found in your owner’s manual or on the sidewalls of the tires that are already on your vehicle.

Once you have decided the best tires for you, make sure you buy four tires.  It was once a common practice to install just a pair of snow tires in the rear of a vehicle, this isn’t recommended now because of all the advanced technology that has gone into the new designs of snow tires.   Putting snow tires only on the rear tires can cause unpredictable handling and could be dangerous.  So don’t scrimp when it comes to your safety!

Do you remember the first time you slid behind the wheel of your current vehicle? It had a particular sound; it performed in a certain way.  As the weeks and months roll by, you may start … END_OF_DOCUMENT_TOKEN_TO_BE_REPLACED