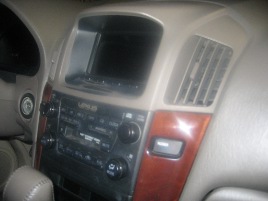 You may have wondered where the warm air in your passenger compartment comes from.  Well, as your engine starts to warm up, it also warms the coolant/antifreeze that circulates around the engine and through the radiator.  There is also a hose that carries coolant/antifreeze from the engine to the heater core and another one that takes it back into the engine.  The heater core looks like a little radiator and lives in the air blend box behind the dashboard.

There are several signs of a leaky heater core:

Coolant/antifreeze leaking out through the heater core means that the overall coolant level in the system will be low and the engine is in danger of overheating – which is the most common cause of mechanical breakdown.

The good news is that the things you do to protect your cooling system also protect your heater core.  Changing your coolant/antifreeze as directed by your vehicle manufacturer or on the advice of your service technician will help ensure your coolant has enough corrosion inhibitors working to protect the system.  Also, quickly repairing any leaks and inspecting hoses for signs of internal breakdown will help keep things from becoming an emergency.

Talk with your service adviser at Express Car Care about when a cooling system service should be performed.

Do you remember the first time you slid behind the wheel of your current vehicle? It had a particular sound; it performed in a certain way.  As the weeks and months roll by, you may start … END_OF_DOCUMENT_TOKEN_TO_BE_REPLACED