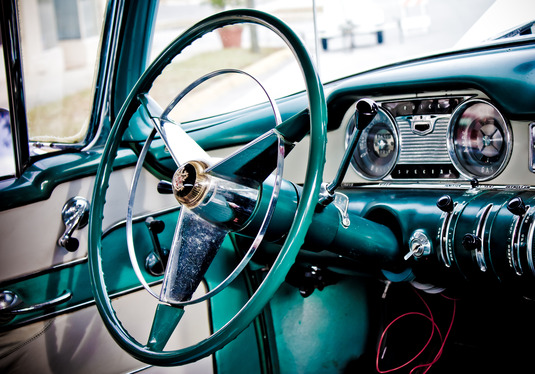 If you own a car, chances are it is run and operated by a computer.

Cars of today are not the same as cars of previous generations. Technology has come so far and it has not missed the automobile industry. Car computers make many of today’s vehicles safer, faster and easier. If you have ever wondered about the computer in your car, you might be interested in its history. Car computers have come a long way since they first came into use in the ’80s.

Auto manufacturers began to experiment with car computers during the ’70s. At this time, the government began creating mandates related to a car’s emissions. It became clear that better control over the fueling system was needed. Efficiency began to take precedence over power and “muscle”.

Gas shortages led manufacturers to dabble with circuit boards that controlled timing and spark. In the early ’80s, they began trying a computer-controlled carburetor – but success was minimal. Manufacturers determined the answer was in fuel injection and that is the area they began to focus on.

During the ’90s, car computers were delegated more responsibilities beyond timing and fuel mixtures. They started to take over most of the electrical systems of a car, such as the climate control, the brakes and the dashboard gauges.

Today, car computers handle a huge assortment of systems within your car. Car computers not only handle many of your motor’s operations, they also take care of advanced climate control (remember how your car monitors the temperature of the cabin and adjusts the air flow accordingly), entertainment and communication devices, and navigation systems.

The average car computer has more power than an ’80s desktop computer – and the future is only looking brighter for these technological wonders.

Do you remember the first time you slid behind the wheel of your current vehicle? It had a particular sound; it performed in a certain way.  As the weeks and months roll by, you may start … END_OF_DOCUMENT_TOKEN_TO_BE_REPLACED